In February, Russian President Vladimir Putin threatened that any nation interfering with his invasion of Ukraine will “will face consequences greater than any you have faced in history”. Many understood this to be a threat of nuclear war. Putin also put the Russian nuclear forces on “special alert”.

Earlier this month, Russia carried out a test launch of its new Satan 2 Intercontinental Ballistic Missile (ICBM). This is the latest addition to Russia’s nuclear arsenal, having been in development for several years. President Putin said that the Satan 2 ICBM “is capable of overcoming all modern means of anti-missile defence. It has no analogues in the world and will not have for a long time to come.”

Russian forces are planning to deploy a unit armed with the Satan 2 ICBM no later than Autumn this year. The big question is however, will Putin really use nuclear weapons, and is there likely to be a nuclear war soon?

Which Nations Have Nuclear Weapons?

The nations that are known to have nuclear weapons are: Russia, USA, China, France, UK, Pakistan, India, Israel, and North Korea.

Russia has more nuclear weapons than any other nation, with over 6,000. Around 1,500 of these are deployed on ICBMs, submarines or bombers. Another 3,000 nuclear warheads are in reserves and can be deployed, and the rest are retired.

The USA has about 5,500 nuclear weapons. Approximately 1,400 of those are deployed on ICBMs, submarines or bombers. 2,400 are ready to be deployed, and the remainder are retired.

The other nations known to have nuclear weapons are:

After the collapse of the USSR, Ukraine was left with around a third of soviet nuclear weapons. In 1994, Ukraine agreed to destroy the nuclear weapons and join the Non-Proliferation Treaty.

191 countries have signed the treaty, including Russia and the USA. Three countries with nuclear capability (Pakistan, India, Israel) have not signed the treaty. North Korea originally was a member of the nuclear non-proliferation treaty, but withdrew from it in 2003.

Russia’s development of new nuclear weapons, and aggressive statements regarding them suggest an end to nuclear non-proliferation. Russia is not the only nation strengthening its nuclear arsenal, but it is the only one currently threatening to use them.

Will Russia Use Nuclear Weapons In Ukraine?

Strategically, Russia does not need to use nuclear weapons in its invasion of Ukraine. However, the most worrying issue currently is Putin’s state of mind. Previously a cold and calculating leader, he is now showing anger and resentment in his speeches.

Putin has previously used Russia’s nuclear capability as a show of strength. For example, he said he had considered putting nuclear forces on alert during the Russian annexation of Crimea in 2014. This does not, however, mean that Putin’s more recent threats are just empty words.

Russia carried out massive military drills on Saturday February 19th, including practice launches of cruise missiles and nuclear Intercontinental Ballistic Missiles (ICBMs). On Sunday February 27th, Putin put the Russian nuclear forces on “special alert”, further increasing the risk of a nuclear attack. On Wednesday April 20th, Russia announced its first test launch of the Satan 2 ICBM as well as plans to have them deployed by Autumn.

It is unlikely that Russia will use nuclear weapons during the invasion of Ukraine if no other nations are involved. But, it is clearly a consideration for Putin if other nations try to defend Ukraine during the Russian invasion. Russia used the recent missile drills as a show of force to remind other nations of Russia’s nuclear strength.

Although Putin has not actually said that he will use nuclear weapons, he clearly implied it. The phrase “consequences greater than any you have faced in history” cannot mean anything else. When putting the Russian nuclear forces on special alert, Putin said that “NATO members made aggressive statements regarding our country.”

NATO nations have not sent any troops to support Ukraine’s military. As Ukraine is not a NATO member, other NATO members do not have to come to its defence. The Russian nuclear threat may have also had some part in the decision not to send troops. The French Foreign Minister, Jean-Yves Le Drian, did however remind Putin that NATO is a nuclear alliance.

In response to Russian nuclear forces being put on special alert, NATO Secretary General Jens Stoltenberg said “This is dangerous rhetoric. This is a behaviour which is irresponsible.”

German Chancellor Olaf Scholz refused to send heavy weapons to Ukraine, fearing that it would risk a Russian nuclear attack.

There are now various nuclear threats around the world. North Korea has continued to build nuclear weapons. India and Pakistan are racing to increase their stocks of short range nuclear weapons.

Russia’s threat of nuclear war however is by far the most worrying currently. President Putin is in command of the world’s largest nuclear power, and several sources have expressed concerns over his state of mind. It appears that his leadership style is becoming more aggressive.

No nation wants nuclear war, and the threat of mutually assured destruction has long been a deterrent. After a period of relative calm after the end of the cold war, it seems that the nuclear threat is again rearing its head. The risk of nuclear war is still small, but significantly increased compared to recent years.

The United Nations Secretary General, Antonio Guterres recently said “The prospect of nuclear conflict, once unthinkable, is now back within the realm of possibility.”

Can We Survive A Nuclear War?

A nuclear war will bring huge amounts of death and destruction. The concept of mutually assured destruction, used by nuclear powers as a deterrent, would likely lead to nuclear attacks on hundreds of targets around the world. Nuclear war would wipe out a huge proportion of the population and end society as we know it.

For anyone directly within the blast radius of any nuclear bomb, survival is unlikely. But for millions more, nuclear fallout is the greatest threat. Nuclear fallout is lethal, and will kill many millions during a nuclear war. If you know what to do, and you are prepared, it is possible to survive nuclear fallout. Read our article about How To Survive A Nuclear War to learn how to be a survivor. 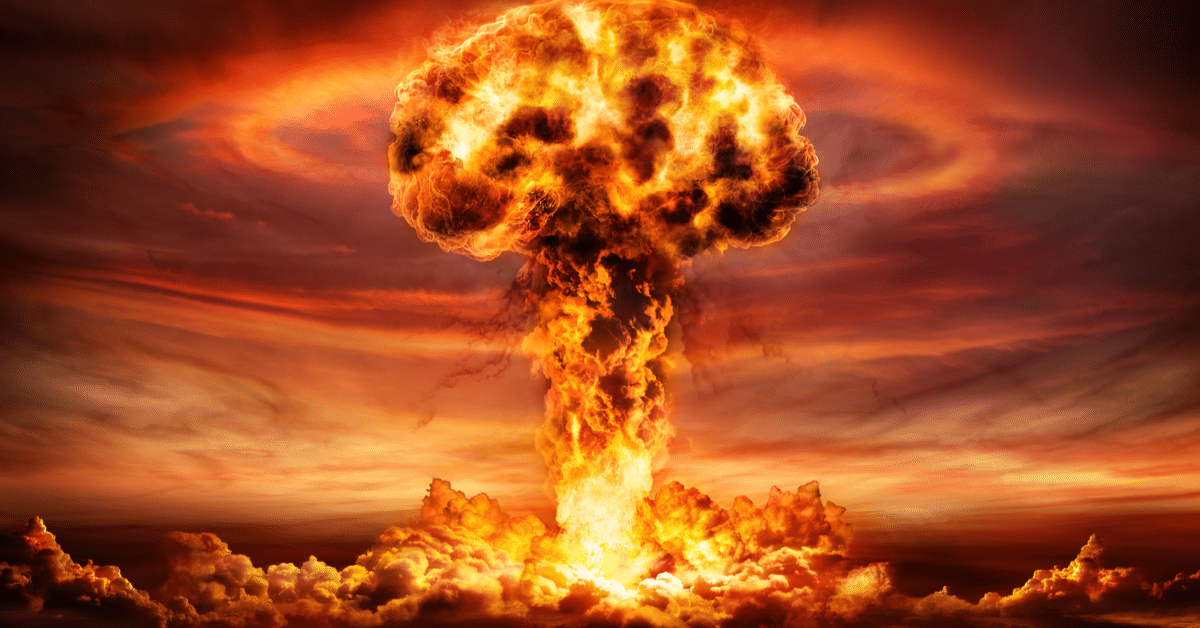 How To Survive A Nuclear Bomb Explosion 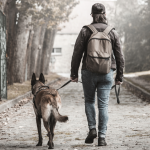 How To Survive The Apocalypse In Eight Easy Steps

Prepping For Beginners: A Comprehensive Guide 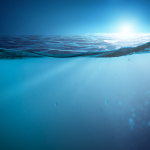 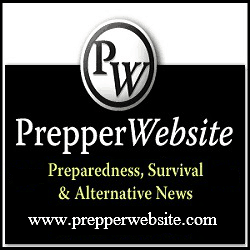 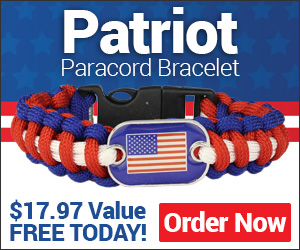 Here at ukprepper.life, we have been interested in prepping, as well as bushcraft and survival skills for many years.

We hope to insipre you on your prepping journey.

We use cookies on our website to give you the most relevant experience by remembering your preferences and repeat visits. By clicking “Accept”, you consent to the use of ALL the cookies.
Do not sell my personal information.
Cookie SettingsAccept
Manage consent

This website uses cookies to improve your experience while you navigate through the website. Out of these, the cookies that are categorized as necessary are stored on your browser as they are essential for the working of basic functionalities of the website. We also use third-party cookies that help us analyze and understand how you use this website. These cookies will be stored in your browser only with your consent. You also have the option to opt-out of these cookies. But opting out of some of these cookies may affect your browsing experience.
Necessary Always Enabled
Necessary cookies are absolutely essential for the website to function properly. These cookies ensure basic functionalities and security features of the website, anonymously.
Functional
Functional cookies help to perform certain functionalities like sharing the content of the website on social media platforms, collect feedbacks, and other third-party features.
Performance
Performance cookies are used to understand and analyze the key performance indexes of the website which helps in delivering a better user experience for the visitors.
Analytics
Analytical cookies are used to understand how visitors interact with the website. These cookies help provide information on metrics the number of visitors, bounce rate, traffic source, etc.
Advertisement
Advertisement cookies are used to provide visitors with relevant ads and marketing campaigns. These cookies track visitors across websites and collect information to provide customized ads.
Others
Other uncategorized cookies are those that are being analyzed and have not been classified into a category as yet.
SAVE & ACCEPT
Powered by